There existed a wide variety of ancient warriors, wider than Napoleonic or Modern Times. Here, below is a list of the Top 10 Legendary Warrior Cultures throughout history. Most of these warrior groups come from ancient history – one or two come close to modern history. Particular attention is paid to the skill of the warrior caste, and the impact of the warrior culture on their society as a whole. 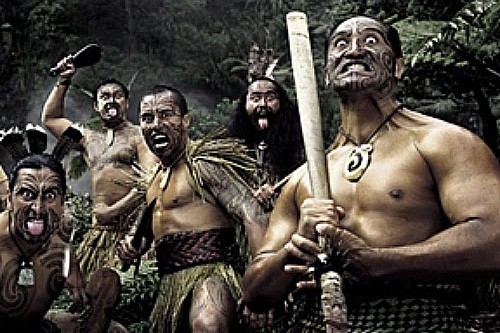 Having a reputation for eating their enemies in order to capture their “Mana”, that is their respect. The Maori are the indigenous Polynesian people of New Zealand. They were believed to have settled into New Real Maori Warrior Chief Wielding a Mere in New Zealand around 1280 AD. War was common between tribes, generally over land conflicts or to gain or restore Mana (spiritual power and prestige). The Maori people believed that combat was sacred to their ancestors and they fought to acquire mana spiritual power and prestige. Cannibalism was fueled by the desire to gain the mana of a foe defeated in battle. Unlike most native cultures, the Maori were never conquered. They were fierce warriors who would engage in a Peruperu, or war dance, prior to attacking their enemies in order to intimidate them and even give them a preview of the ensuing slaughter. 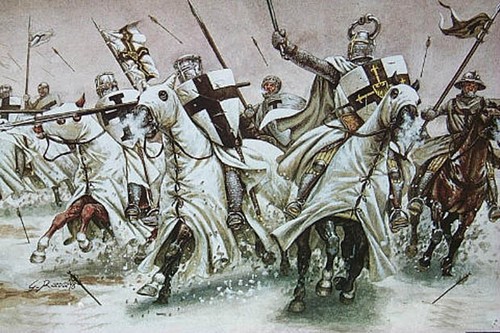 Knights were great warriors clad in full body armor on horseback. Honor was the cornerstone concept for knights of the medieval era. The code of the knights was to: “Protect the weak, defenseless, helpless, and fight for the general welfare of all.” They were the richest, most trained warriors, and had the armor, weapons, and horses to get the job done. They fought in massive suits of armor, usually weighing 40-60 pounds, although some plate armor is estimated to have weighed more than 100 pounds! An armored knight on armored horse would have been like a tank on the battlefield. They were among the toughest soldiers in history to kill because of their armor. They were the perfect example of a warriors and gentleman. 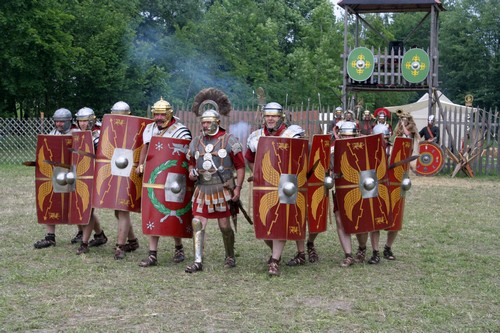 Of all the greatest ancient warriors – the Romans were perhaps the most pragmatic. The Roman military took whatever worked and gradually made it into their own. A Roman legion normally indicates the basic ancient Roman army unit recruited specifically from Roman citizens. The organization of legions varied greatly over time but they were typically composed of up to 5,400 soldiers. They were the backbone of the Roman army that led to an empire that was unrivaled in terms of size and power. They were usually heavy infantry with armor and a shield modeled after the ancient Greeks. They were masters of the sword and spear combination going along with a shield. They were made up of the wealthiest soldiers that could afford to make the best weapons and armor. Because of the enormous military successes of the Roman Empire, they has long been regarded as the prime ancient model for military efficiency and ability. 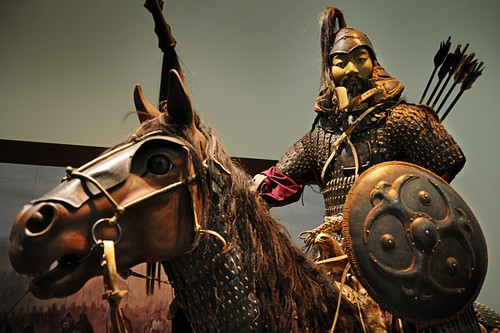 “The Mongols have a mission: to conquer everything; dominate everything in our path; destroy everything in our path.” – Jason Ngyuen, Mongol expert. The Mongol, the vicious Asian horse warriors who used brute savagery to conquer more territory in the 13th century then any other empire in history. They dominated Europe and Asia and were most famous for riding on horseback lead by one of the greatest military commanders in history, Genghis Kahn. They were highly disciplined and masters with using the bow and arrow on horse back. They armoury comprised of a variety of bows for reaching a multitude of targets with special ‘howling’ arrows used to disorientate the enemy and cause panic. 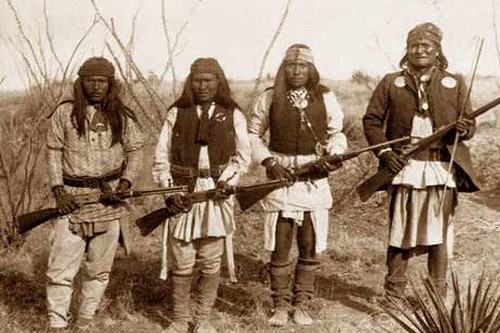 The Apachean tribes were historically very strong and strategic, opposing the Spanish and Mexican people for centuries. Their warriors were like the ninjas of America. They are still legendary for their fierceness, relentlessness, and the hardship of their upbringing. Young Apache warriors were tested almost to the point of destruction. Boys were often trained to go without sleep, to sit for long periods of time without moving or making a sound. They would sneak up behind you and slit your throat without you even knowing. They used primitive weapons made mostly of wood and bone. They were also the greatest knife fighters the world has ever seen and were pretty good with the tomahawk and throwing ax. They terrorized the southwest United States and even the military had trouble beating them. Apache earn the number 4 spot on the Top 10 Legendary Warrior Cultures of Ancient History list. 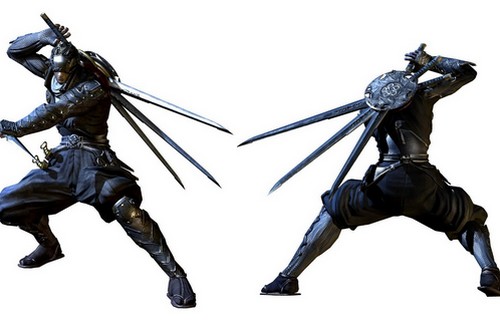 The ninja emerged as mercenaries in the 15th century, where they were recruited as spies, raiders, arsonists and even terrorists. The ninja was stealth soldiers and mercenaries hired mostly by daimyos. Their primary roles were those of espionage and sabotage, although assassinations were also attributed to ninja. They are known for using a Kanata like sword, blowgun, ninja stars, and kusarigama which would be my weapon of choice. They are known for being stealthy shadow warriors of the night. They greatly feared for their ability to kill and just disappear. They were also great martial artists and underwent rigorous training. 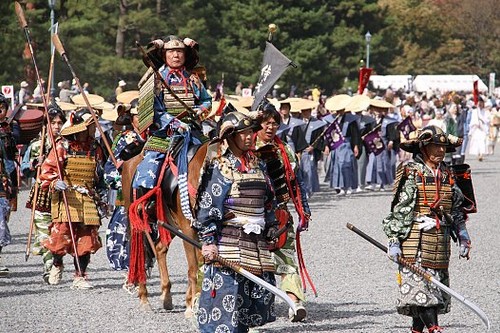 Samurai (or bushi) were the military nobility of medieval and early-modern Japan and the masters of the katana. They led their lives according to the code of Bushido, meaning “way of the warrior”. They were heavily armed soldiers covered in armor and willing to die for their masters. They wielded the sharpest sword the world has ever seen and it could easily slice a man in two. Their skills with this sword are unmatched. They were also masters of the yumi (bow) and were some of the best shots of the ancient world. They meditated upon their death, and the wisdom that they were already dead, in order to throw themselves into battle without fear. They were like professional soldiers and were harshly trained and fought knowing their honor was on the line. Due to their violent habits, peasants soon rose up against them and the ninja was born. They turned their warrior culture into an art and almost to the edge of enlightenment, this path peaking with writings like the Hagakure and The Book of Five Rings. 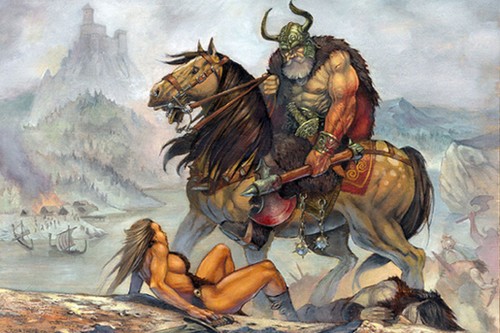 The Vikings – the terror of Europe. Viking warrior were highly feared across Europe for their brutal attacks and unorthodox for the time weapon of choice, the battle-axe. Well know for their close quarter fighting style and berserker’s. Most Vikings warriors were modestly armoured with only the king’s guard usually having chain mail. They were big and mean and used their axes, swords, and spears expertly in the conquering of cities. Even their religion was about war and they believed when you died in battle you fought once again in a never-ending battle. They were all you would want in a soldier and proved it on the battlefield by destroying all in their paths. The Viking fighting style was based on rapid attacks, go in and attack, get the goods, and then get out before any more backup could arrive. With their home-made clothing and weapons they would rely on their quick and ferocious attack style to ensure success. This all added up to make it easy to see why the Vikings had a fearsome reputation within Europe. 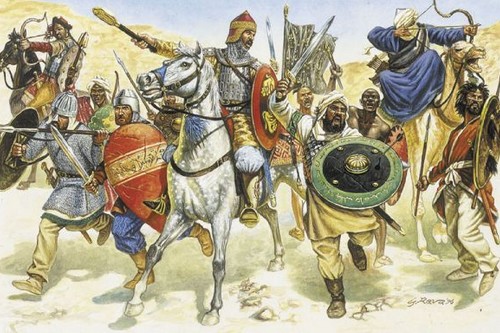 The Mamluks ruled Egypt and Syria from 1250 until 1517. They were slave soldiers who converted to Islam and served the Muslim caliphs and the Ayyubid sultans during the Middle Ages. Over time, they became a powerful military caste who overthrew their masters, defeated the Mongols and the Crusaders and established a dynasty that lasted three hundred years. After mamluks had converted to Islam, many were trained as cavalry soldiers. Mamluks had to follow the dictates of furusiyya, a code that included values such as courage and generosity, and also cavalry tactics, horsemanship, archery and treatment of wounds, etc. Mamluk’s life prepared him for little else but war and loyalty to his lord. 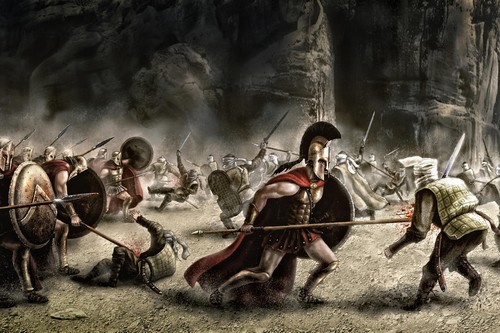 The Spartan city-state was without question one of the greatest warrior cultures in human history. It reached the height of its power after defeating rival city-state Athens in the Peloponnesian War (431-404 B.C.). Spartan culture was centered on loyalty to the state and military service. At age 7, Spartan boys entered a rigorous state-sponsored education, military training and socialization program. Their culture was all about war and training men for war their entire lives. They had a saying: “come back with the shield or on top of it” which means don’t come back unless you are victorious. They were some of the toughest soldiers the world had ever seen.They were masters of the shield and spear combination. Any weakness was intolerable to the Spartans. Their warriors were feared and marveled at among all the Greek city-states of the time, including the Spartan women.

Don’t agree with the list? Vote for an existing item you think should be ranked higher or add a new item for others to vote on or create your own version of this list in comments.