The statue of Liberty, Leaning Tower of Pisa, Eiffel Tower, Munch’s The Scream, and Sphinx of Egypt are all well-known works of art. However, they have some really intriguing facts that have slipped under the radar of pop culture. Whether they’re things that disappeared years ago or things that have been hiding in plain sight the whole time, there are plenty of things that we never hear about great works of art. 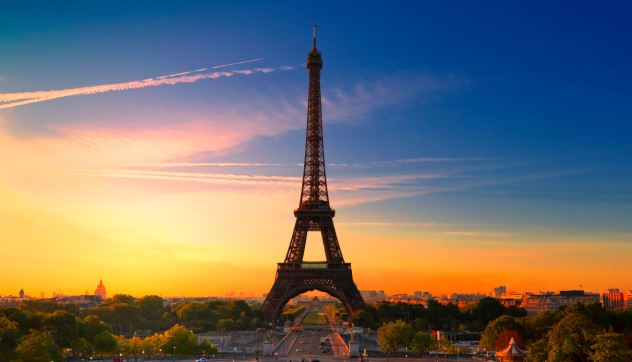 The Eiffel Tower has a secret apartment hidden within its highest level. The apartment is owned by Gustave Eiffel—the engineer who designed the tower. In 1890, the year after the Eiffel Tower was opened, French writer Henri Girard, stated that Gustave Eiffel was an “object of general envy” among the citizens of Paris.

This envy, according to Girard, was inspired not by the fame that Gustave gained as the creator of the tower, or the fortune the tower generated, but from the apartment he owned at the tower’s top. This apartment, which only Eiffel had access to, played host to many important visitors; prominent among them was Thomas Edison. Eiffel reportedly received several substantial offers for a single night in the apartment.

The apartment, which had remained closed for several years, was recently opened to the public. Today, it contains mannequins of Eiffel and Edison. The lifelike wax models depicted the scene where Eiffel and his daughter Claire welcomed Edison. Also engraved on the Eiffel Tower are the names of the 72 scientists and engineers that designed it.

9.  The Inspiration Behind The Scream 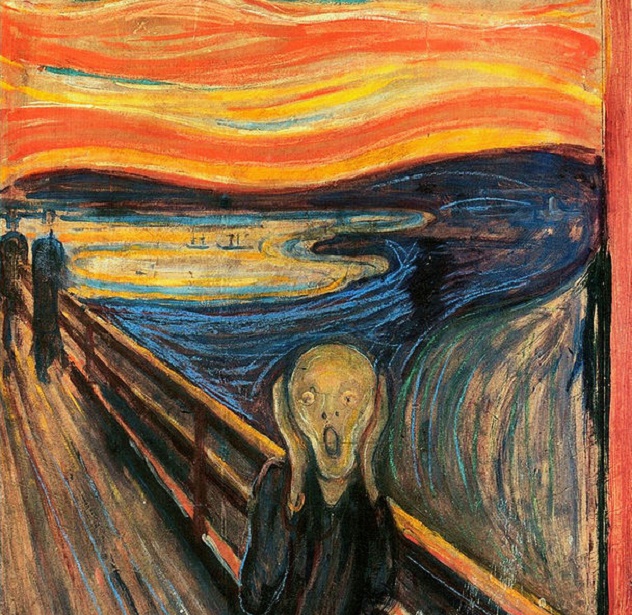 Edvard Munch’s The Scream is one of the most iconic paintings of the 20th century—so iconic it was elaborately stolen more than once.

According to Munch, The Scream was inspired the day he was walking with his friends and saw that “the sky turned as red as blood,” before feeling incredibly tired and hearing an “enormous infinite scream of nature.” For years Munch’s inspiration was thought to be imagined until it was recently discovered that the sky that day probably actually was red that day as a result of the 1883 eruption of Krakatoa in Indonesia.

The volcano’s impact was felt as far as New York where the sky was reported to be “crimsoned.” This same impact was felt in Munch’s town two days later with the town newspaper stating that “People believed it was a fire: but it was actually a red refraction in the hazy atmosphere after sunset.”

While the terrifying scream in Munch’s painting was imagined, the sky was probably not. 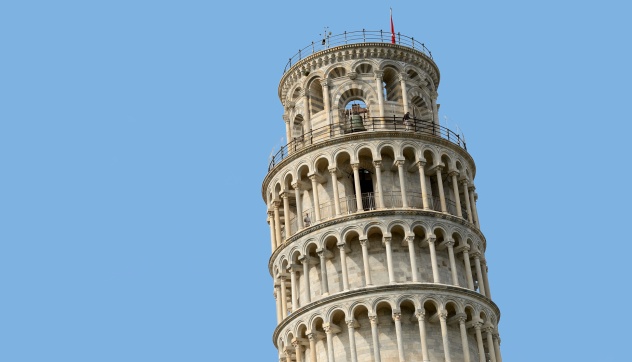 Also known as Torre Pendente di Pisa, the Leaning Tower of Pisa doubles as both a monument and a mystery. While the reason for its rather distinctive leaning is well-known (it has a weak foundation), no one knows who designed it.

The Tower was originally meant to be a stand-alone bell tower (or campanile) for the city of Pisa’s cathedral. Such towers were common in 10th-century Italy as they were believed to symbolize how powerful and wealthy the town was. The leaning tower of Pisa, however, was built to attract people to the cathedral in Pisa.

The major reason why no one knows who designed the tower is because the tower took almost 200 years to complete. Historians used to think the tower was designed by Bonanno Pisano, but this is disputed. An architect named Diotisalvi is seen as the more likely person to have designed the tower because he designed the city’s baptistery and the San Nicola Bell Tower.

7.  The Chain At The Foot Of The Statue Of Liberty 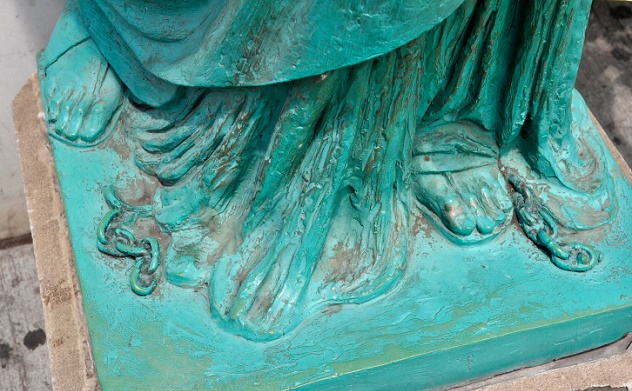 In 2011, when asked what the Statue of Liberty symbolized, former Governor of Alaska Sarah Palin said, “It is, of course, the symbol for Americans to be reminded of other countries because this was gifted us, of course, by the French—other countries warning us to never make the mistakes that some of them had made.” Unfortunately, Sarah Palin was totally wrong, as she stated the exact opposite of what Lady Liberty represents. And just like Palin, many people do not know of the statue’s connection to slavery.

Edouard de Laboulaye, a famous French politician and abolitionist, is the man behind the Statue of Liberty. He was a firm backer of President Lincoln, who was fighting for the abolition of slavery. The statue was not a gift to warn the United States as Palin had stated. Instead, it was a gift to honor and celebrate freedom, democracy, and the end of all forms of servitude. That is why Lady Liberty has a broken chain at her foot. The chain is usually invisible to tourists because it is beneath her robe by the side of her left foot and can only be seen from the top. 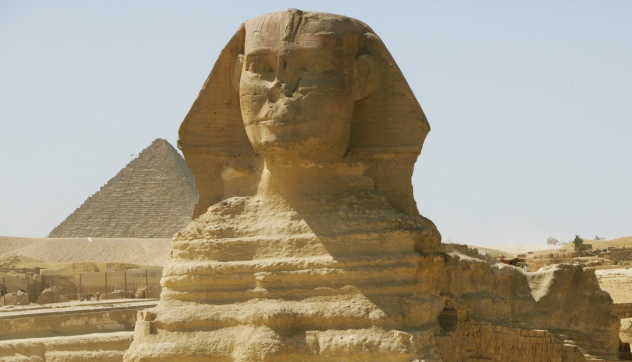 We’ve already talked about how we almost lost the Sphinx and the mystery behind its missing nose. However, only a few people know the story behind its beard.

The Sphinx was not originally constructed with a beard. Instead, it was attached long after it was constructed. It was added probably to relate the Sphinx with Horemakhet—one of the Egyptian gods. It may also have been intended for the Sphinx take after the Egyptian pharaohs, who often wore artificial beards as a symbol of authority, and to associate them with the god Osiris.

One-thirtieth of the beard is currently in the British museum. It was presented to the museum by the Italian Egyptologist Giovanni Caviglia, who excavated parts of the Sphinx in 1817, when it was almost completely covered in sand. Several other parts of the Sphinx’s beard were also found between 1925 and 1926 when sand was excavated from the Sphinx again.