There is something mystic about islands. Islands stand in solitariness amidst all the infinite blue waters. Islands were once enamoured in mystery. Today, due to the advancement of science, man has mastered the art of making their very own artificial islands. All over the world, there are some incredible man-made islands. Man has put together beauty and utility. Let us look at some of the most incredible artificial islands in the world. 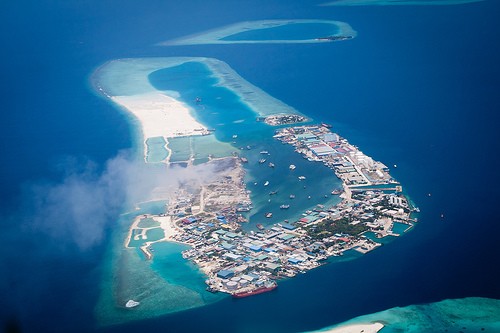 Thilafushi is an artificial island in Maldives, to the west of Malé, in Maldives. Geographically a part if the Vaadhoo channel, it is located between the Kaafu Atoll’s Giraavaru and Gulhifalhu. Built on reclaimed coral reefs in 1992, it is a dumping ground for over 300 tons of rubbish. Reportedly growing at a rate of about 0.92 square meters a day, the landmass has attracted entrepreneurs. 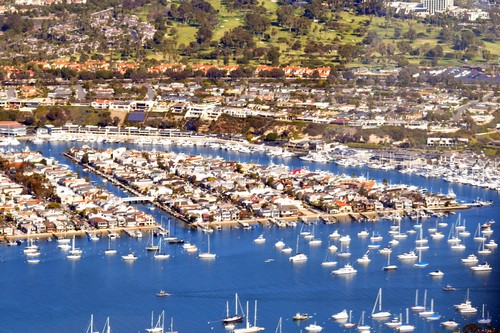 The Balboa Island in Newport Beach of California is a chain of three modified or artificial islands that include the Balboa Island, Little Balboa Island and Collins Island. There is a bridge that connects the Balboa Island community to the mainland, with ferryboats further connecting the two. With about 3,000 residents in 0.52 square kilometres, it is one of the densest communities in Orange County. 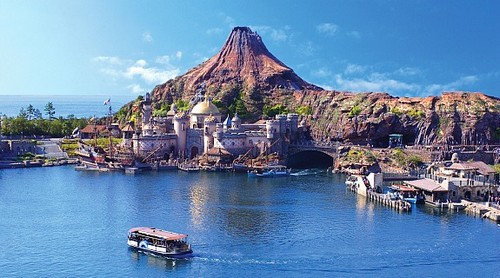 Tokyo Disneyland is an internationally famous theme park in Japan, set on a man-made island in Urayasu, Chiba. The Tokyo Disney Resort is one of the greatest tourist spots, and it is the first Disney park built outside the United States, and it celebrated its 25th anniversary in 2008. The island resort has five hotels within walking distance from the themed areas, as well as four Japanese airports. 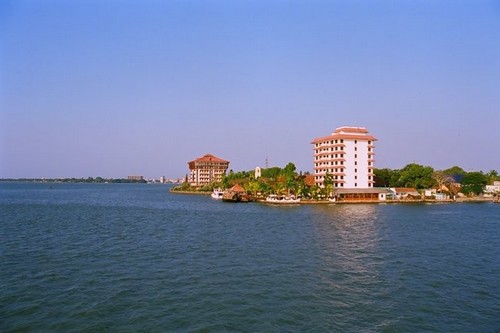 The Willingdon in India is the largest artificial island in the country. It is a part of the city of Kochi, in Kerala. Much of it is claimed from the Lake of Kochi, constructed by filling in dredged soil around a natural island that existed previously. It is important as the home for Port of Kochi and Kochi Naval Base, as well as other establishments. There are several hotels and business centres on this island. 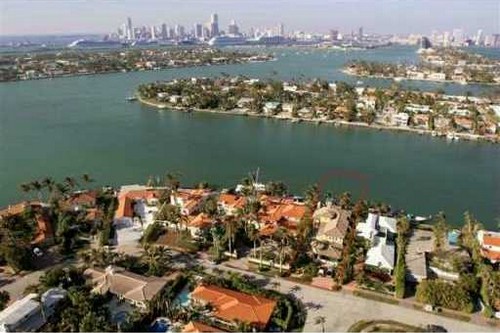 The Venetian Islands project in Biscayne Bay are a chain of man-made islands, connected by bridges from the Miami mainland to the Miami Beach in Florida. One of the most prominent sets of islands, among the many artificial islands in Miami, the islands include Belle Isle, Rivo Alto, Di Lido, San Marino, San Marco and Biscayne. The Flagler Monument is an uninhibited picnic island built in 1920. 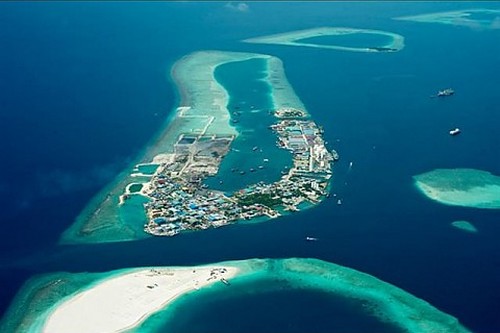 In the Kamfers Dam lake of South Africa lies an artificial island in the shape of a giant “S” in the north of Kimberley. It has been an important breeding ground of Lesser Flamingos since its construction by Ekapa Mining using 26,000 tons of material, back in 2006, with almost 50,000 flamingos living on this island. However, due to deteriorating water quality and rising water levels, the island is in danger. 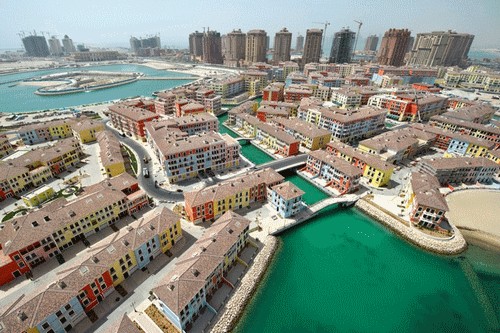 The Pearl-Qatar is a man-made island of almost 4 million square meters, in Doha, Qatar. The first land in Qatar available for freehold ownership by foreign nationals, this island saw an increase in its population from 3,000 in 2011 to 12,000 in 2015. Developed by United Development Company, the project is expected to accommodate great entertainment facilities for residents as well as tourists. 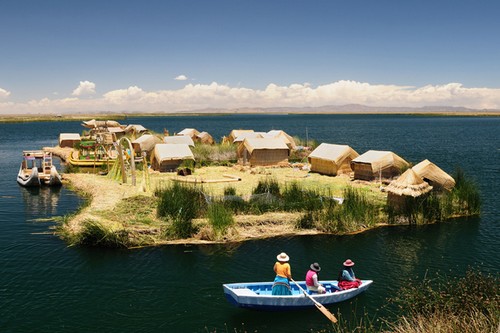 The islands of Uros, Peru, are made from reed growing along the edges of Lake Titicaca, Puno, by bundling these reeds into floating island platforms. Each of these artificial islands have 2-10 reed houses, depending on the size. The biggest island has a watchtower. But, tourists are affecting the traditional culture of the Uros people. Environmental and health issues are also on the rise, here.
Shares